We hope to present findings to the community on the morning of Saturday May 6th, 2023.

Please mark your calendars and save the date.

Watch the sign outside of City Hall for confirmation as we get closer to the time.

We started in the snow, we continued through the summer heat, and we finished in the snow. The field research phase is nearing completion.

The final collection date is the first week of December.

Now we begin to analyze the data to see what we can learn about the community.

PhD student Edem Fabrice has put together some preliminary findings of soil samples. A relationship between metals is found wherever there is an asterisk (meaning that where one is high or low, the other is also high or low). There are still many other samples that need to be tested before much more can be said. Save the date to come to the community meeting next spring to learn more! Thank you!

The public health study is up and running! Last February, several of you came to City Hall to provide input to our survey. We listened and incorporated your feedback into the study. Last weekend, students from Purdue Fort Wayne walked door-to-door in snow, sleet and rain to help launch our online health survey. Thank you, students, for helping us get started. We appreciate your care for our community! Over the next several weeks, residents and students will be going door-to-door asking you to take part in the study. Please welcome them!

As president of Blackford County Concerned Citizens, I have been involved in the design of this research project from the very beginning. It is wonderful to see it up and running. The survey can be taken online at https://tinyurl.com/PublicHealthBlackford. If you are over 65, there will be very few questions. But someone from Purdue University in West Lafayette will call you back to complete the survey. 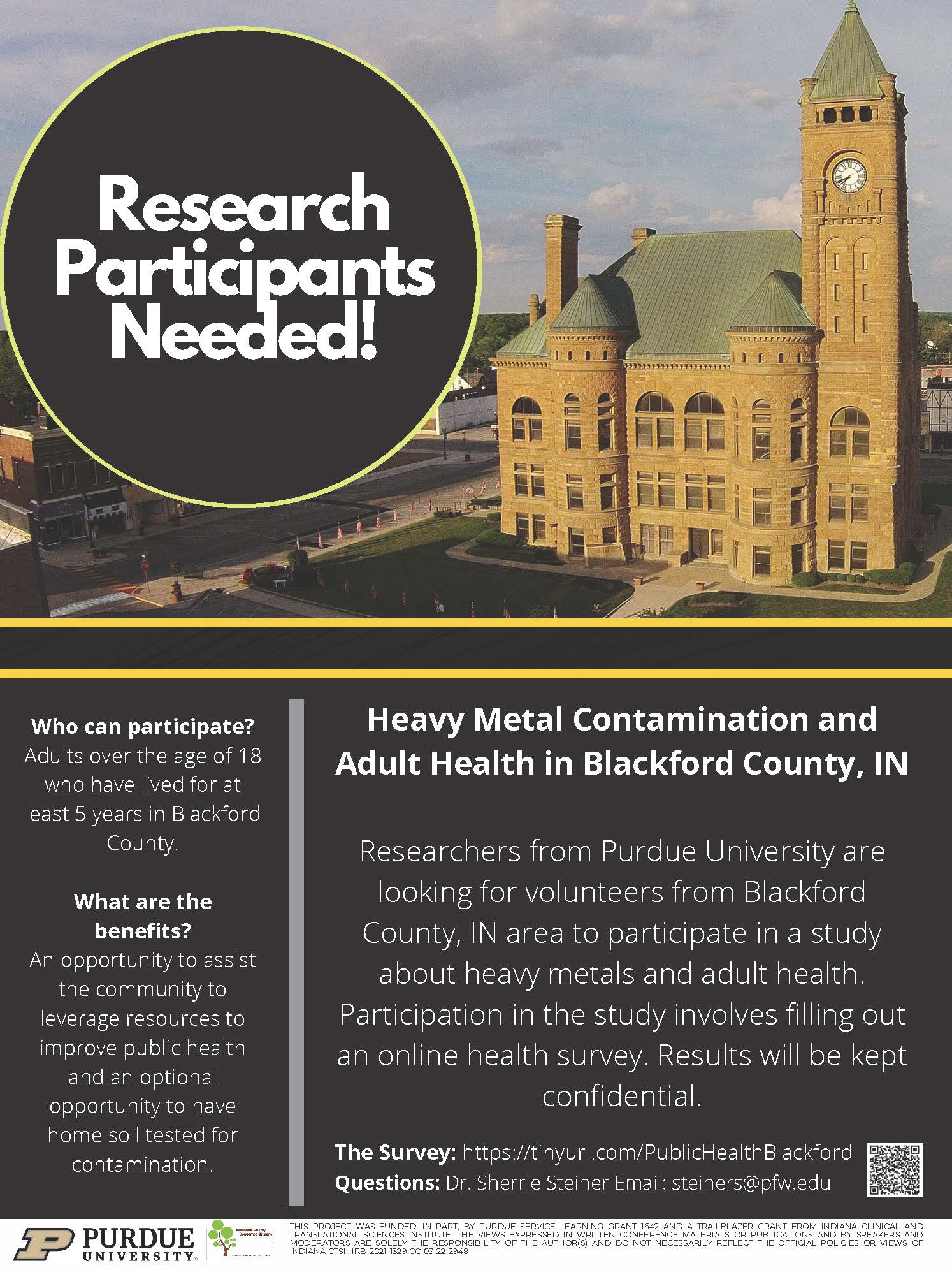 Joanna is the Project Ambassador in the community for our student. If you would like to help go door-to-door in Hartford City or Montpellier to “spread the word” about the online health survey, please let Joanna know. She will get you connected! Email her at blackfordcoconcernedcitizens[at]gmail[dot]com. Thank you! 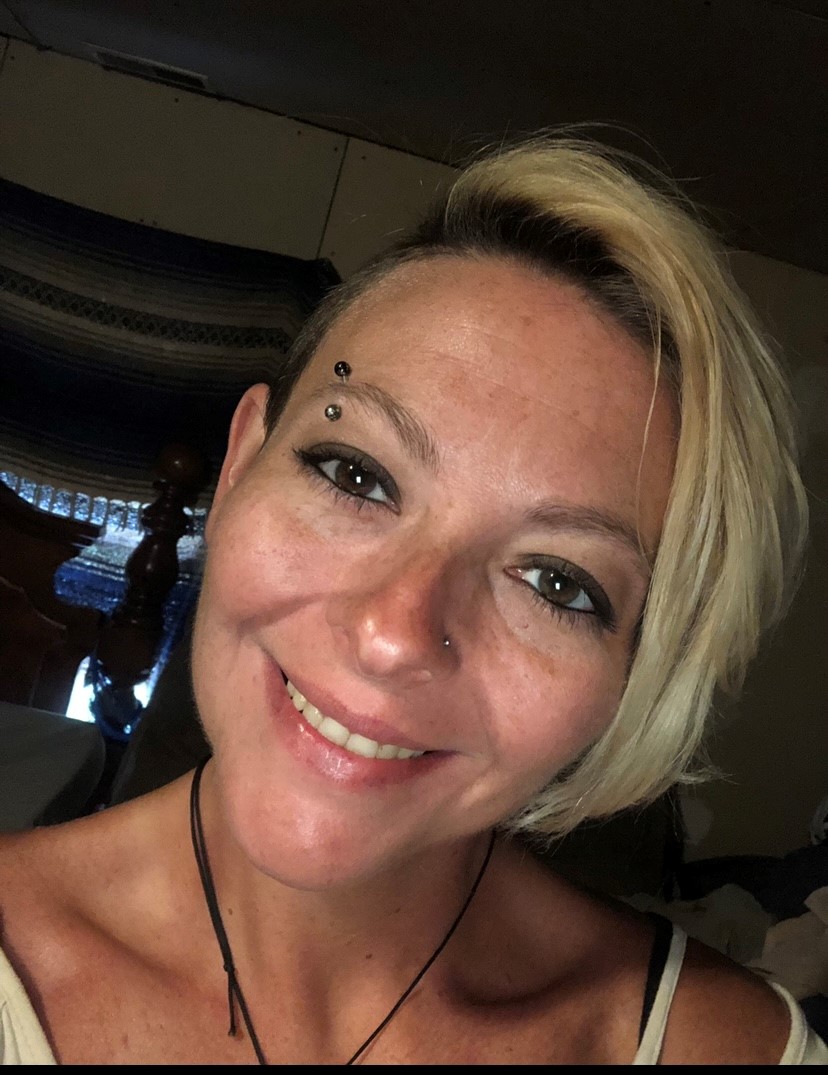 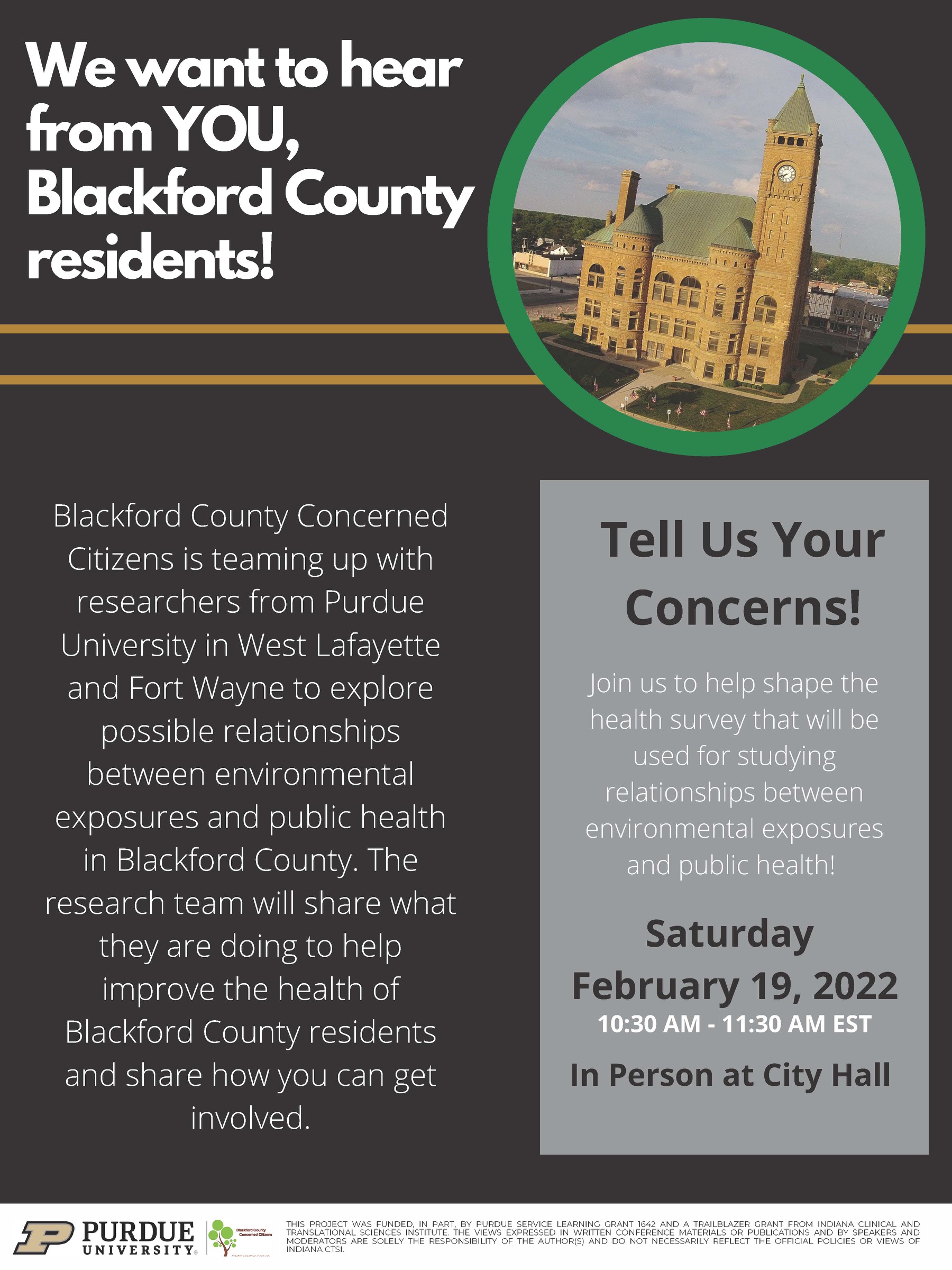 It has been a while since you have heard from us via this newsletter, but lots has been happening despite the pandemic disruptions. As I have said before, things take time and we are in this for the long haul. We have several things to tell you. First of all, professors at Purdue West Lafayette have joined our research team and we have shifted focus from environmental compliance to public health. Many of you know me and you know that I am not a fan of zoom. But here we are! We secured a $25,000 Trailblazer Grant from Indiana CTSI Community Health Partnerships and were well on the way to getting things in motion before we realized that – wait a minute – this is the first time we have met face-to-face! So we took a photo to mark the occasion. Our team met via zoom, applied for a grant via zoom, and set things in motion via zoom. Now it’s time to start meeting in person, which takes me to the next topic.

As president of Blackford County Concerned Citizens, I have been involved in the design of this research project from the very beginning. On Saturday, February 19th, we are asking for your involvement as residents of Blackford County to ensure that the health survey covers all of your concerns. There may be questions that you want to be included that are not yet on the survey. Saturday morning is your chance to give us your preferences. Please come to City Hall, meet some of the research team members, get to know of few of the Purdue Fort Wayne students who will be helping out, and tell us your concerns. 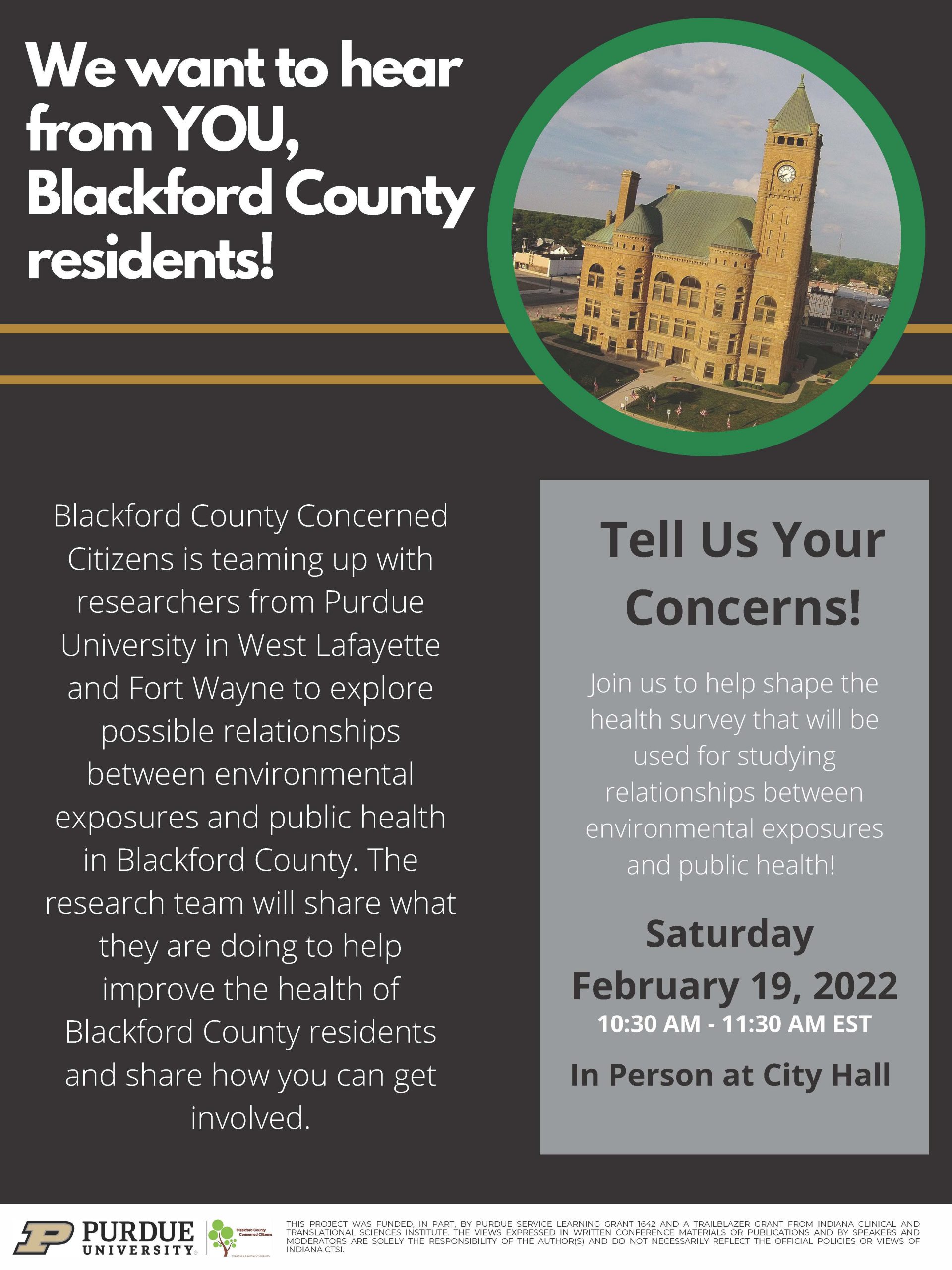 Many of you may already know Joanna Bell, but do you know her in this role? Maybe not. So, let’s introduce her to you a bit more so that when you encounter her in the community, you can trust that she is committed to your town. She shines as a bright light in our research project and we are grateful to have her on board.

Joanna was born and raised in Hartford City. She has lived all her life in a home her Dad purchased in 1955 until just recently. Joanna married a local fellow – you may know him as Ben – who is also from Hartford City. All of their four children were raised in the home her Dad bought when she was young. Joanna is Hartford City, through and through! Joanna has worked many jobs in her lifetime, but she has always lived in proximity to the scrapyard. Several family members and neighbors have experienced ALS and cancer, so she was particularly motivated to get involved. As Joanna says, “I kind of have a vested interest in this project!” We are grateful to have her on board.

Joanna has a granddaughter who is just over a year old and she is the light of their lives. Being a grandmother is so new and refreshing and awesome. Joanna and Ben have also started a whole new chapter in their life in their new home. This is one of the most amazing times in their lives together. They are learning new things about themselves despite having been married more than 21 years! It has been a crazy time, but it has also been good and they are looking forward to a bright future together. Joanna’s favorite color is lilac purple and her favorite food is steak and a baked potato. And, last but not least, Joanna is a dog person all the way (sorry cat lovers).